“Write a draft. Then let it rest.”

I’m going to keep the language in this post as simple as possible, in mind of those who may be trying to teach homophones at Key Stage 2. (KS2 is seven to eleven-year-olds for anyone not in the UK.) That said, off we go:

What is the difference between homonyms, homophones and homographs? 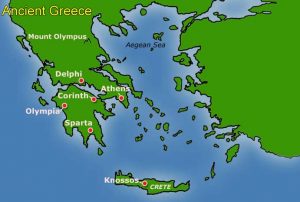 Well, it’s all Greek to me! No, I mean it. And if you’re teaching the difference between these three words in English, a good way to start is to look at their Greek roots.

Put them together and we’ve got a word which means “same word“.

The Greek meanings are telling us that homonyms are words which are the same in some way. We’ll see how in a moment.

Put them together and we’ve got a word which means “same sound“.

The Greek meanings are telling us that homophones are words which have the same sound. We’ll find out more in a moment.

Put them together and we’ve got a word which means “same written“.

The Greek meanings are telling us that homographs are words which are written the same. We’ll find out more in a moment.

Now that we’ve looked at the origins of the words homonym, homophone and homograph, let’s look at the differences between them in detail.

HOMONYMS are words that:

The two words above sound the same but they do not mean the same thing. The first word means the huge body of water we sail across in a ship, the second is what you do with your eyes.

As in the first example, these two words sound the same and mean something different, but notice that they are also spelt the same. They are still a type homonym though, just like the first pair.

*When some people talk about “homonyms” they actually mean “true homonyms”. Scroll right down to the bottom of the page for an explanation of this.

Remember: Homonyms sound the same but mean something different. The spelling doesn’t matter.

HOMOPHONES are words which are a type of homonym. So you could say, “A homophone is a homonym,” or “All homophones are homonyms.”

Here is an example of a pair of homophones:

Did you notice they’re the same words as in the first example? Well, that’s because as we just learnt, homophones are a kind of homonym. They sound the same when we say them out loud but we know they’re not the same when we see them written down because they’re spelt differently.

Remember: Homophones sound the same but mean something different, and they are spelt differently.

HOMOGRAPHS are words that:

As you can see, minute and minute are spelt the same but they mean something completely different. Also, they don’t sound the same, which means that although they are homographs, this pair of words are not homonyms.

But take a look at these:

Remember: Homographs mean something different but they are spelt the same. They do not have to sound the same.

Now it’s time to sum up and test what we’ve learnt. Look at the table below and then try the learning task.

Get this table as a PDF

Do you want to practise? Below are some pairs and groups of words. Can you tell whether they are homonyms, homophones or homographs?

4.
GREAT (good or big)
GRATE (a framework of metal bars)
GRATE (to shred or scrape)

Now try some without being given the meanings:

If you look up “homonym” in a dictionary, you will sometimes find the definition stating that all homonyms must be homophones and homographs. There is some debate about this and about the strict meaning of the word “homonym”. However, I think that if you want to talk about homonyms which are both homophones and homographs, it’s best to talk about “true homonyms“. Using the term “homonym” alone is not specific enough if you want to talk about true homonyms, as in English, it does not make your meaning clear. (“True homonyms” are understood to be words that sound the same and are spelt the same but have a different meanings.)